Fear for Garments of Praise 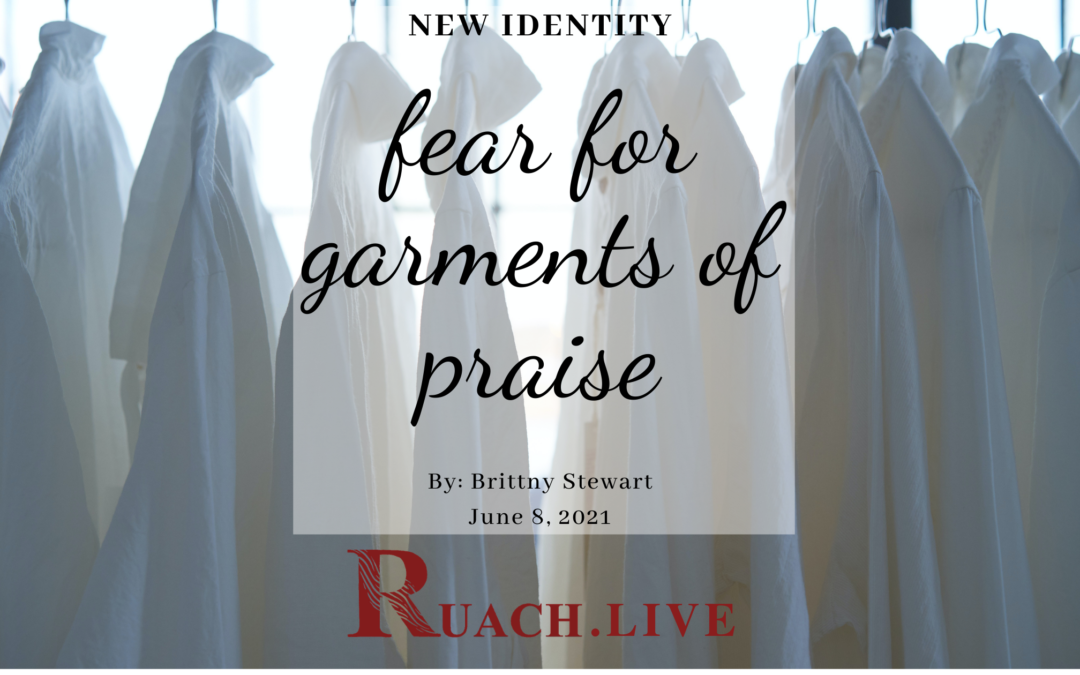 I don’t know about you, but I have often struggled with fear. My daughter and I have this saying that we repeat to each other. We say, “We are rough, we are tough, we are buff.” It’s our way of pumping each other up in times of feeling afraid. When I was a kid, I was afraid of the dark, scary movies and being picked last on a sports team at school. As I grew into an adult, my fears changed. My biggest fears were, not being good enough, never being truly loved, failure, being misunderstood, alone and not doing something right. At some point from being a kid to an adult, life had taught me worthlessness. I don’t think it was one event or even one person, it was a worldview that had become my own inner narrative. Comparison killed off every positive thing about me and I let people tell me who I was. It produced a fear in me that creeped into every area of my life. I had eventually come to the point that I didn’t even know who I really was or who God created me to be. The truth was, I was more interested in what people thought than God did. I had to come to realize that God’s identity for me, was not people’s identity or mine, for me. God’s identity for me began in the womb when He created me. When God said yes to creating me, there was a purpose, intent, goal and identity already in mind that had nothing to do with what I said and everything to do with what He said. As I began to allow God to strip me of my world view, He gave me His. It was more than I ever thought possible and bigger than what I could have come up with.  Sometimes we have to take a hard look at ourselves and realize that our fears not only lie to us, but steal our identity. Sometimes God is asking us to take our man-made mirrors with what we think is reflecting and allow Him to replace it with His mirror and His reflection in us.

In Jesus name I renounce and reject the stronghold that fear has in every area of my life. I choose to accept the challenge of taking off the old self and putting on the garments of Christ as He shows me who I really am.

Envision yourself handing God the parts of you stolen by fear and let Him clothe you in a garment of righteousness. Ask Him to show you His identity for you.

“For it was You who created my inward parts.  You knit me together in my mother’s womb. I will praise you because I have been remarkably and wonderfully made. Your works are wondrous, and I know this very well. My bones were not hidden from you when I was made in secret, when I was formed in the depths of the earth.  Your eyes saw me when I was formless.  All my days were written in Your book book and planned before a single one began.”